All listed birds show a special feature or have travelled a remarkable distance. Ringnumber and catching data are given. 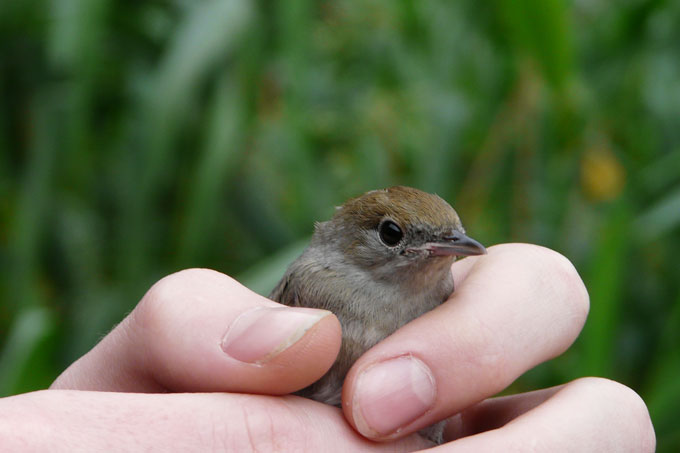 These data may only be reproduced with expressed permission of the research field station Die Reit. 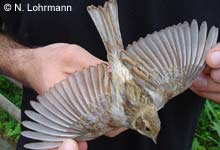 This male was caught on July 2nd 2005. Several plumage parts seem to lack dark pigments so that the feathers appear silvery. 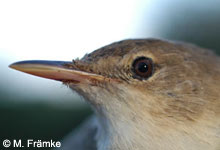 This bird was ringed here as 1y on August 19th 1998. During that year it was caught again twice and after that was controlled in 2005 and 2006. This bird therefore is 8 years old. The average lifespan of Reed Warblers is 2 to 2.3 years. Only very few live to be older than 5 years, the oldest birds recorded are 12 years old. So our bird is comparatively old. Being a trans-saharan migrant wintering in west and central Africa this animal has travelled more than 70.000 kilometres.

This female travelled 1522 kilometres in 59 days: from the Reit to Villafranca in Spain. Ringed on September 6th 2005 and caught in Spain on November 4th 2005. Reed Buntings are short distance migrants and many of our birds spend the winter in at the Mediterranean between Italy and Spain.

This adult female Bluethroat was ringed here on July 15th 2005 and travelled 1796 kilometres during the next 42 days to Los Albardales, Madrid, Spain.

Ringed on July 4th this bird travelled to Chenac-Saint-Seurin d'Uzet, France. It took 113 days to travel the 1183 kilometres. Penduline Tits typically winter in the northern mediterranean area and seldom cross over to northern Africa.